Shocked.  Awed.  Amazed.  Overjoyed.  Unstoppable.  Completely exhausted.  These are some of the emotions I was flooded with after crossing the finish line of the Space Coast Half Marathon in Cocoa, Florida Sunday morning.  This race was nothing short of amazing.  After processing it for a few days (and catching up on sleep and school--well, getting as caught up as a teacher can EVER be...), I'm finally ready to write a recap! 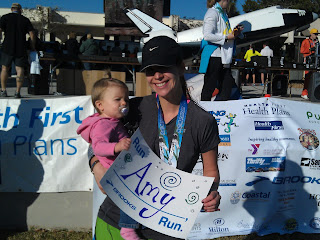 Even my niece was there at the finish! :)
Can't wait til she's old enough to do one of these with me!

First, some back story.  Sub 2:30 has been "someday" goal for me since I started running races.  You know, "someday"...when I'm older/faster/less injured/stronger/have more time to train... Basically it was a goal I wanted to achieve but didn't really think I could, at least not enough that I'd actually, you know, work for it.  I'd always been okay with staying in my comfort zone of around 12:00 miles for any real distances, but as I trained for a sub-30 5K this summer and fall, something started to happen.  I was getting faster--not by chance or by magic, but because I was actually working at it.  I nailed my sub-30 5K back in September and finally began to realize that maybe I'd been selling myself short for awhile. 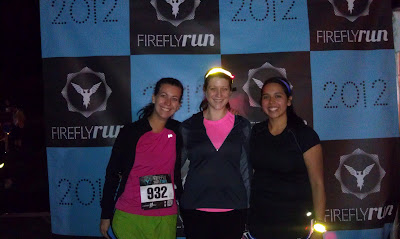 Post-5K I focused all my attention on training for the Space Coast Half.  Initially, I was hoping to just come in with a PR (Under 2:37), but after the 5K I started wondering if maybe that "someday" goal was actually within my reach.  During my training, I'd visualize seeing 2:29:59 on my watch as I crossed the finish line of the half.  I pictured it at the track when I was ready to fall over and die half way through my 400s, pictured it when the alarm went off at 4:15am for a before-school run, and pictured it when I was struggling at the end of a long run.  I wrote it on my wall in chalk, in my training log, and all over my brain. 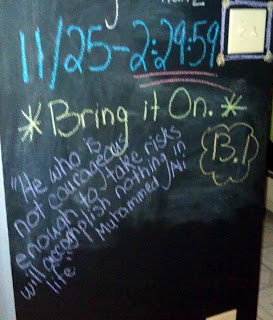 But when I got to Florida, the doubts started creeping in as they so often do.  Was I really ready?  Did I have it in me?  Would I be able to run that fast after being sick and basically stagnant all week?  The little nagging self-doubt voice in the back of my head told me, "Oh well, if you don't make it, you can always blame it on being sick all week..."  <--i attitude="attitude" know="know" p="p" right="right" winning="winning">
When I lined up at the start at the back of the pack with the other 11:30 runners Sunday morning, I gave myself a pep talk.  I told myself to trust my training, told myself I was READY.  I mentally went over my race plan: hold an 11:30 average for the first couple miles, then gradually take a few seconds off my average pace every mile until the end of the race, finishing around an 11:20 min/mi average pace.

It was cold for Florida standards at the start of the race!  Yikes!  I was thankful for my arm warmers, but totally was wishing for some throwaway gloves!  For the first few miles, I was averaging between 11:05-11:15 min/mi according to my Garmin.  I'd planned to start a little more conservatively, but I was feeling great.  The course was shady, the views of the Indian River complete with a gorgeous sunrise, swooping pelicans, and waves hitting the shore were stunning, and I was pumped up.  I'd surprised myself with my paces before like at the Perfect 10 race a few weeks back, so I decided to just go with it and see what my legs could do.  Well, they ended up surprising me alright! 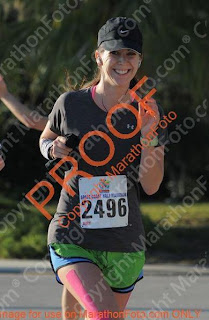 I'm not sure when exactly it was, but there was a point in the race where I realized that the 2:30 pace group I'd been lingering around for the first 5 or 6 miles wasn't even in my rear view mirror anymore.  Not only was I going to finish in 2:30, but I was going to CRUSH 2:30.  The average pace on my garmin was showing times I'd never seen on a run over 5 miles, and I was still going strong.  My new "race plan" became "see how many seconds I can shave off this average pace by the end of the race."

On that note, are you ready for the least flattering race picture EVER?  Because I love you I'm going to share it with you. 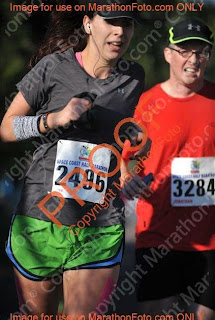 Do I look like I'm dying?  At a certain point that's how I was feeling, that's for sure!

Halfway through the race my legs were hurting.  After trading in a taper for a week of almost complete rest thanks to a nasty cold, my legs were pretty tight going into the race (try as I might to loosen them up with the Stick the day before--my IT bands tighten up something FIERCE when I back off TOO much!).  I've definitely had it worse with my ITBS, but I'd get a sharp pain in one of my knees, run through it, then feel it in the other knee a few miles later.  Ouch.  As I got deep into the second half of the race, my legs started feeling just plain tired.  I mean, my muscles were probably confused about the pace I decided to randomly run at, so I should just be happy they kept up!  Anyways, I usually have some kind of mantra come into my head during a long run or race, and Sunday my mind kept coming back to this article from Runner's World I read awhile back... 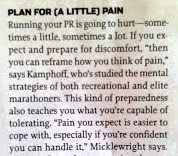 It must have been months ago that I read it, but it obviously resonated with me enough at the time that I took a picture of it!  I kept telling myself, "Running a PR is supposed to hurt.  I am not afraid of pain."  I'd look at my Endorphin Warrior "FEARLESS" bracelet and push through whatever aches and pains I was feeling. 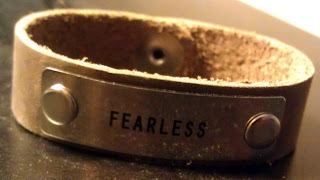 I need to throw a big thank you into the universe to a stranger named Mark who, when he ran past me as I was walking near mile 12, turned back, motioned "come on" with his hand, and said, "We're almost there."  That was exactly the push I needed to start running again and not stop.  I jogged up near Mark, then passed him, and jogged just in front of him for the next several minutes.  We only talked long enough for me to learn his name, and then I sped up a little and he fell back.  It may seem like nothing, but the interaction was exactly the push I needed.  My knees were hurting, my feet ached, and I was tired, but I dug deep, pushed ahead, and found a new gear I didn't even know I had. 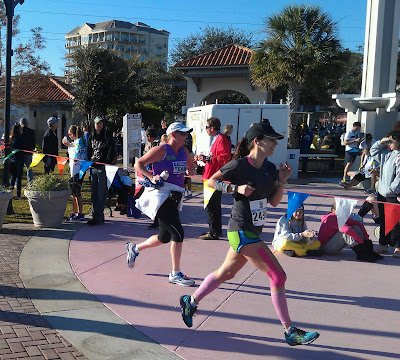 As I neared the finish, I sprinted past my mom, followed by my brother and sister-in-law, followed by my dad.  There is nothing like having "your people" near the finish to give you that last push you need.  Nothing.  One of my goals for this race was to finish completely on empty, unable to go another step.  I passed several runners as I neared the finish, was momentarily delayed by a group of about 5 girls running side by side down the narrow finish stretch (grr...) before I managed to squeeze by, and crossed the finish line with a gigantic grin on my face and not an ounce of energy left in my legs. 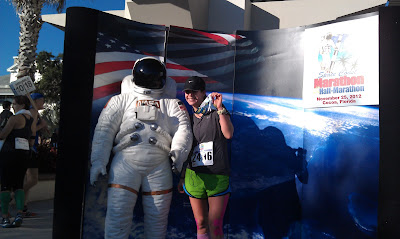 What a perfect way to end Thanksgiving weekend.  This race made me feel so many things--pride, elation, even relief.  But it truly made me feel GRATEFUL.  I spent so much of my life as NOT a runner.  Then when I finally discovered I LOVED running, I spent so much of my time injured.  Obviously my legs still aren't in tip top shape, but this year and especially this race has made me just so grateful for the gift of running in my life.  Because it truly is a gift.

Have you ever had something or someone unexpected give you that extra push you needed at the end of a race?

How do you push through the pain in a race when things just start HURTING?
Posted by Amy @ Juice Boxes + Crayolas at 9:09 PM 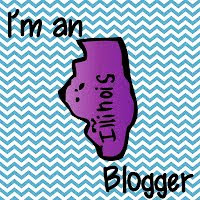 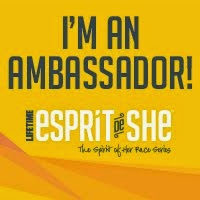